After finding the poem ‘Lousy with unfuckedness, I dream’ by Amy Key by sheer luck on a random Facebook post I knew what I wanted; to track down her latest collection ‘Isn’t Forever’ (out with Bloodaxe) and gorge on it. The great thing about Amy when she is writing at her best is her ability to be sculpt raw energy that weaker writers would just lay on the page unintelligibly. She carries the energy and the momentum throughout in poems like ‘The news reported she wore her body to the event’ while carefully placing each word on the page. I have a feeling we have not seen Amy’s greatest work yet and that ‘the best is yet to come’. Look out for this feminist strong female and what she creates.

Q1- I loved the way your honesty about subjects such as being female and single. How did you feel about being so honest in your book?

I can’t pretend it isn’t a little strange, a little as though I’ve accidentally left some private papers on a train, in a pub. But the poems aren’t diary entries, they’re not statements of fact to a court. There is a speaker of the poem who is not me and that’s generally why I write poems, rather than say, a personal essay, to explore ideas and emotional knots which interest me.

Q2-Would you call yourself a feminist? If not why not?

I am a feminist and I work hard to practice a feminism that is intersectional. This includes thinking (and acting on) not only how white male voices dominate, but how white women’s voices are often centered in conversations about equality and diversity and asking myself if I take up too much of that space. In the context of poetry, that means being alert to and challenging how people are selected for and featured in event programmes, festivals, magazines, prizes and so on. I believe representation matters and want to see and hear writers who are have long been marginalized.

Q3- You write very clearly about the issues women face today. What issue they face is the one that you feel most passionate? And how would you solve it?

I can’t pretend to understand the issues all women face and I think it can be dangerous to flatten perspectives in that way. I can speak from my own position, but not those, for example, of a black woman, or a disabled woman or a queer woman. The issues that are most personally important to me – because of my experiences – are about women having power over their own bodies, being able to speak of abuse and assault and have confidence in individual and societal responses to that. Being able to live free of fear and shame. I don’t know how you solve that, but I do know it involves dismantling structures of power in every realm of society.

Quite often poems will be will spurred by engaging with a different art form – fiction, art, film, music. Its as though they allow me to slip into a particular mental state that is susceptible to poems. I’ll usually make a note in my iphone and the next time I have some quiet time (I have to be alone to write) I will return to it and see what happens. Poems never, ever, come intact to me. One line eventually leads to another.

Q5-Why do you write poetry?

I need poems as a mode of expression and of thought not readily available to me in my daily speech and written communication.

Q5- When did you first feel like a poet?

I’ve never really thought about this before. Its very hard to feel like ‘a poet’ when you’re not writing poems, which can happen for months on end. ‘Poet’ has a kind of romanticized ideal to it which makes me queasy, but those moments where you feel poem-y, they are among the best feelings in the world. 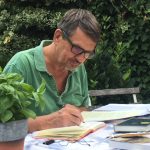 Tea and Toast with Oliver CominsPoetry 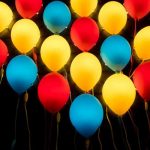