I was delighted to be asked by Katherine and Peter, the editors of South Bank Poetry, to judge their poetry competition this year. After a slow start, it built up to an impressive 750 + entries on the theme of London. Reading them all and travelling around their fictional collective city was indeed like travelling around the city itself: particularly in rush hour, given how many poems there were about the Underground, the crowds, the crush, and the sheer scale of surroundings by which we are dwarfed. It was exhilarating, frustrating, surprising and confusing. But, above all, a pleasure in affirming myself as a Londoner and sharing, through these poems, our rich and common experience.

Writing on a given theme, like writing to commission, is difficult, especially when the subject is so huge. One looks for a hidden doorway, an odd angle through a skylight, a trampled path – some figurative expression of the theme, through metaphor perhaps, image or voice. The poems that stood out had all found a very particular or tangential aspect of London to enjoy. Some were historical, some dramatic in the distinctive voice of a persona, others meditative, humorous, emotionally charged. Needless to say, there was as much variety of sensory input as there is in the city itself and often a wonderful exuberance in language.

All of which made my task difficult. Choosing the final prizewinners and the commended poems out of my final longlist took almost as much time as compiling the longlist in the first place! What was I looking for? That element of discovery that takes the writer by surprise and which the reader then shares; an excitement in language which is vivid but not exhibitionist; a marriage of form and content; skill with syntax, rhetoric; control of diction, tone – the list goes on and it might sound like a checklist but, in sum, amounts to the degree of pleasure a poem conveys, how memorable it might be, how moving, how enviable.

‘Lost in Locks’, the 1 st prizewinner, I enjoyed for its overt qualities: the list of lost objects, the rather dull place names that sound like butlers (Cleeve and Benson); playful alliteration and assonance; a buoyant tone and watery elastic line length which mimics the actions of flinging, dredging, draining. But I also admired the nifty syntactical connectives by which the list of objects is held together, concrete objects that act as ballast to the abstract theme of “the river’s collective unconscious”.

The 2 nd prizewinner, ‘The Faber Book of Sewage’ is similarly underground and watery. This is a high risk poem which could have been dubious but in fact turns out to be delicious with its marvellous mish-mash of quotations, its elevated diction for a lowly subject. The 3 rd prizewinner ‘Deptford and the Tsar’ is an exemplary short poem: witty, fresh and, despite the use of the past tense, with a sense of immediacy. Again, the courteous olde worlde diction is in delightful counterpoint to the wink in the last verse. This is, I think, an ‘alternating sonnet’. ‘Ghostlike’, the 4 th prizewinner, I found genuinel moving and particularly loved the third verse, a thumbnail sketch of Charles and Mary Lamb, with perfect descriptive detail. ‘Mistress Finch’s Tale, 1681’, in 5 th place, is a sharp narrative, economical, clean, I particularly liked for its no-nonsence voice, drily triumphant.

My warmest congratulations to all the prizewinners, the poets who are commended and to all those on the longlist, many of whom will appear in the special issue anthology of South Bank Poetry. And my special thanks to the editors for the pleasure of reading this year’s competition entries. 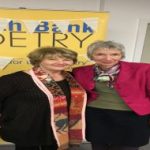 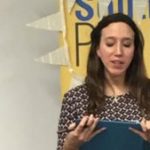