I have had the pleasure of knowing Clare Pollard for several years now. I met Clare when she was still teaching at City Lit. She was my first ever poetry tutor and the first poet I met in the flesh. Before I met her I thought I knew what poets were like, as if they could somehow all be put under one umbrella description. Needless to say with Clare teaching me, that invisible umbrella disappeared from my mind.

I am a big fan of her work. So when she published her latest collection of poetry I knew I had to find out more about it and what she is up to now that she is a mother of 2.

I caught up with Clare and asked her about her latest collection ‘Incarnation’ that is out from Bloodaxe.

I’ve wanted to be a writer since I can remember. I wrote my first ‘novels’ when I was about 4. I’ve always been an obsessive, voracious reader and I couldn’t imagine anything better than having my own books published too, and becoming part of that conversation. Poetry came a bit later though – when I was a teenager I started writing lyrics and they kind of morphed into poems. And then at 16 I started getting poems published in magazines. So poetry just came very naturally to me. I realized that novels were these huge, vast difficult things that involved plotting and characterization and pacing and knowledge of the world and it would take me years to get published, but poetry I could just do. Some of the poems in my first book I wrote during boring history lessons, or, you know, I’d just write one after tea before homework. Poetry is easy to fit into a life!

Now I can’t imagine ever stopping. It’s how I process the world. Something happens to me and minutes later I find I’m drafting lines in my head.

The book started with the idea of religious stories. My last collection ‘Changeling’ drew on English folktale, and I found that a really rich seam of inspiration for me. I wanted to do something different so I thought: what about the religious stories I grew up with – the ark, Jonah and the whale, Moses in the basket…? I also went to India and Turkey and Jordan over the last few years and read the Ramayana and Quran, so I was thinking of all these religious texts. The title ‘Incarnation’ comes from an early poem about Varanasi.

Then in Jordan I conceived my first child, and the book turned into one about motherhood. But I think the two themes go together. Because being a mother is about creating a life, and you think all the time about what makes us human, about mortality, and how am I going to teach my child about good and evil… I brought other stories we tell our children into it too – there is a sequence about Hamelin, the princess and the pea, Pinocchio, Alice…

Obviously the subject matter has changed a lot since I was 16, and got a lot more ambitious and nuanced and mature (I hope), but stylistically I’m not sure I’ve changed very dramatically. My writing’s always been quite lean and muscular, tumbling rhythms, lots of sound effects, lots of arresting metaphors, lots of dabbling with different forms, big endings. I try to push myself and try new things, but certain stylistic ticks are fairly consistent! The change in the last decade has been that I’ve become very involved in translation, which has both fed into my collections and inspired me to break the ‘rules’ of mainstream British poetry more frequently.

There’s still plenty of confessionalism in ‘Incarnation’. I’m not sure I can claim to be a ‘bad girl’ though when I’m a happily married mother of two!! I get more political as I get older. I think we live in such startling, horrifying times that’s mainly what I try to do in my poetry at the moment – make sense of now. I’d like to be thought of as a political poet. Adrienne Rich was my muse for this new collection.

Write a sonnet – it’s the hardest, tightest form and the best workout for your skills. Relate form and content. Write an astonishing metaphor.

I wish I had known what metre was. Also how lucky I was. Otherwise, my naivety is probably part of the charm of the collection!

Oh just luck. There’s no sense in it.

Well, on the downside I barely have time to write any more. But when I do get the chance, I’ve always written about love and relationships, so it’s given me a new source of inspiration. And I love how children start to develop their own personalities and passions and you get co-opted into their games, and Gruff was obsessed with sea creatures for a while, which inspired two poems in my new book. Now I’m always pretending to steal a dragon’s egg or land on an alien planet. Dinosaurs, fairytales, museums, rockets… it’s all material.

Oh god no. I struggle to make a living and it’s only going to get worse. Gruff currently says he would like to be a zoo-keeper or a baker, which both sound much more like it. 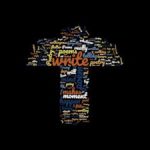 How To Write a PoemPoetry 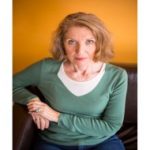