Abigail Parry’s debut collection ‘Jinx’ has finally arrived and it does not disappoint. ‘Jinx’ is playful, loud and beautiful. At its core is an ability to master the art of bringing sounds to life. Parry is a voice that refuses to stay quiet and I think it is one that will not go away. My favourite poems were ‘The Man Who’, ‘The Knife Game’, and ‘The Wolf Man’. I loved it when Parry went dark, going to places others might not and want to see her go even darker in her next collection which I am already waiting for.

Then only his name was left

Q1- ‘Jinx’ plays around with sound a lot. What is it about portraying different sounds that appeal to you the most?

Hmm. Well, the idea that sound and meaning are not intimately connected has always seemed pretty daft to me; I do wonder, however, if sound is really the right noun. I’ve never had any great passion for hearing poems read aloud, but I love the way they sound on the page. Perhaps feel is better. The feel of language as a material thing, the physicality of it – it has to do with how we enact what we want to say, even if the act is a mental event. And that continuum – between thought, expression, language and physicality – is endlessly interesting, I think.

Q2-When did you write your first poem?

I’m really not sure. I know I used to make rhymed treasure hunts for my family when I was very young, but those were more like riddles than poems, and were not received very enthusiastically. I grew up in a family of adults, who had a fantastic collective memory for rhymes and ditties and lyrics and word games. And I went to a convent school – plenty of opportunity to recite things there. So I don’t remember a time when rhyme, repetition and metre didn’t seem like natural modes of expression.

Anywhere I can. Drafts go down on scraps of paper, if I’m out and about, or straight onto the screen if I’m not. I find, now, that I struggle to write without an internet connection, as I tend to look things up every few minutes – precise definitions, etymological details, song lyrics, and so on.

Q4- How do you write? Do you have a writing ritual? Do you write with noise or in the quiet spaces?

Ah, it would be lovely to imagine I had a writing ritual. Like most people who write, I’ve spent my adult life doing so alongside a series of quite dull day jobs (and one or two less dull ones). There are people who like to tell writers how creatively invigorating this must be – people who do this have not, I suspect, had to clean out the insides of an industrial glass-washer. Ideally, I would write in a quiet room with a stable internet connection, an adjoining library, and an endless supply of marmite toast.

Q5-Your book quotes the likes of David Bowie and others. Who inspires you the most?

On the whole, I’d say I prefer parliaments to hierarchies; I think it’s also fair to say that someone like me engages – creatively, at least – with personas rather than personalities. Personas share with poems the quality of being made things, over which the architect has incomplete control. That’s interesting , I think.

Q6- Why does poetry matter today?

That one’s a bit of a Gordian knot, and not one I can answer with the word count I’ve been given. It presupposes that it matters at all, and that we can agree on what it means for something to matter. Personally, I think of poetry as an organisational strategy. Judgements about what matters might be applied to what a person chooses to do with that, but not to the method itself.

*Photo of JINX by Kate Wakeling 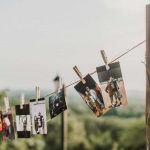 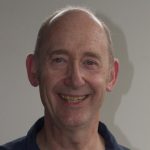 Student of the month- OctoberPoetry
This site uses cookies: Find out more.