Tea, Toast and Talking ‘The Lovely Disciplines’ With Martyn Crucefix

It took a long time for me to read ‘The Lovely Disciplines’  – the journey starting in London and finishing in the south of France. My problem? I kept on wanting to re-read the first 20 pages as they were so good and so like I used to do with my favourite music I kept the first 20 poems on a loop. I have to admit I was also a little worried that the rest of the collection would not live up to the first poems as I had already fallen in love with the book. I didn’t want to lose that.

This book is slow, subtly powerful and evokes the century we are living in – with all its loveable qualities and issues that get to us. Martyn creates a world that sweeps us away in this collection and after I found the courage to pass beyond the first 20 pages it left me fixed to my chair while I read this fine collection. It didn’t get worse, like the best of music albums it got better. Why am I comparing this collection to music? Because the book is so well fused together, each poem leading on to the other seamlessly so that it has all the qualities in structure that brilliant albums have and ordinary poetry collections so often lack.

I am excited to interview Martyn. I first met him when he attended one of my poetry workshops. You can find out what he thought on his very successful blog.

Q1- Why do you write and what made you start writing?

It was through pop music that I began to be interested in how words could be put together. This was the 1970s, the time of over-blown prog-rock when I listened to the lyrics of Jon Anderson of Yes and Peter Hammill of Van der Graaf Generator. I wrote lyrics, sang songs for several years. But besides school I had no context for this activity. My father left education as soon as he could in the 1930s; my mother continued until 16 years old, but reading was never important to either of them. During the year I spent in London trying to study Medicine, personal unhappiness continued to spawn plenty of derivative songs and a few poems. Having abandoned Medicine, I pursued philosophy at Lancaster University, diverting finally to a more literary degree. It was at Lancaster I began to take my writing more seriously.

As to why, I think people write, paint, garden, make model airplanes and (as Virginia Woolf suggests) throw dinner parties for much the same reasons: out of our differing incapacities to figure and fathom what goes on around us. In my case, I can bustle on for a while, but things gradually begin to fray and become incoherent till I feel I must try to gather up loose ends. So I don’t see poetry as self-expression but as a field of negotiation between myself and everything that is other. Wallace Stevens talks in ‘The Necessary Angel’ about poetry being the process of the imagination pushing back against the pressures of reality and that’s right in that we are seeking order or what I refer to in the title of my new book as the lovely disciplines that enable us to shape and make sense of and take pleasure in things. But rather more than Stevens, I want the pressures of the real to be vividly present in my poems and maybe that’s why my work has been called ‘forensic’. I want to give the empirically real its due and in doing so some of the poems are more orderly and about success, others more subject to the vagaries of experience, even a record of relative failure.

Q2- Do you have a poetry manifesto? What is it?

If I did have a manifesto today, the chances are it would be different tomorrow. Of course, the word means making a thing ‘manifest’ – public, evident, easily perceived – and the negotiated nature of poetry, as an event between the world’s continual discovery and the self’s endless becoming, makes this a hard thing to do. In a sense every new poem is a new manifesto, both a statement about its overt subject matter (a tramp, a garden in Italy, a mother’s death, shopping, skyping) as well as about the particular negotiations that have occurred between the in-coming of experience, the prompted thoughts and passions and the out-going efforts of the poet at articulation. It’s not much of a manifesto, but I’d say my aim is to remain as open and perceptive as I can about the first two while being as carefully precise about the latter.

Q3- As well as a poet you are a great poetry critic. Does this make it easier or harder to write poetry?

The German language poet Rilke famously argued that the creative and critical aspects of poetry ought not to be mixed. But I’ve never felt a strong antagonism between the two. The reviewing of a word choice, sonic pattern, sense and shape of line and form, of close reading or wider field reading comes second in the writing of poetry but is hardly secondary. The openness I’ve already referred to must come first, that act of attention or ‘noticing’ that Hardy talks of in his great poem ‘Afterwards’. But the critical faculties are then applied to what is always a ‘rough’ first draft. I love reviewing other people’s work and try very hard to set myself in a position analogous to theirs. I’m like the man Keats describes in a letter who walks into a room and “the identity of every one in the room begins so to press upon me that, I am in a very little time an[ni]hilated”. As an aspect of Negative Capability, this diminishment of the self is not for Keats a weakness but an empathetic strength. But it will never make me a critic who looks to lambast another writer for not writing as I think they ought.

Q4- Do you think the art of being a poetry critic is dying?

No – though it sometimes looks a little under stress from the aridly academic on one side and the cozy camaraderie of writers reviewing each other on the other. But the internet is alive with blogs and critical debate and UK magazines like Poetry London, Magma, Poetry Wales, The North, New Walk and so on often contain excellent reviews.

Q5-Your collection is infused with the contemporary world. How important do you think writing about the ‘now’ is?

I’m not sure we can write about anything else with success. But then we all have different ‘nows’. Frost’s version of Hardy’s maxim about ‘noticing’ is that the realities we are to be dealing with are all from below upward and from outside inward. In his references to both below and outside here I imagine Frost as thinking of Aristotle’s outstretched hand in Rubens’ painting of ‘The School of Athens’. Plato points upwards to some ideal realm above; Aristotle tries to grasp the now of what’s before him, outside and below. Of course, it’s not always as easy as that sounds because we come to rely – out of utility as much as laziness – on the pre-conceived, the handed-down notions of what is or is not real. Any art worth a look tries to take us back to what is actually outside and below and to make sense of it afresh. New technology is a particular challenge. In the poem ‘Streetview’ in the new book I’m thinking about the fact I was caught by Google’s roving camera and posted for all the world to see. The poem moves from the screen to real maps to our obsession with posting visual images to many people’s eagerness to appear on TV as if such a making manifest somehow affirms our existence when in fact it does the opposite being, as generally acknowledged, a highly editorialized version.

In teaching I always insist my students approach poems with a strong sense of the gulf between writer and narrative voice. Confessional poetry then becomes a narrow and special case where the two are pretty much coincident. But I naturally read poetry as more dramatic than lyric and I certainly write in that way. Poems start from my own experiences for sure but as drafting ensues it’s obvious that simply ‘telling it like it was’ is not always going to evoke or convey to a reader what I hope for; a distance opens up between the author and narrative voice. Poems then cease to be ‘snapshots’ of anything and become the locus of a process in which the apparent lyric ‘I’ is treated with irony as it struggles to deal with the experiences it tries (and sometimes fails) to comprehend. The results, I hope, can be as humourous as poignant. The unpromising material of one of my visits to the optician was distanced in drafting through a change from first to third person pronoun and eventually (to my surprise) unearthed my own fascination with the process in the illusory impression that here is a little slice of life in which we are dealing with “absolutes”: “is it the red she asks is it the red or the green”.

Q7- What if anything is a poet’s job and role in this world?

Teachers are said to teach by the inspiration of their fine example or by the firmness of their instruction. As a teacher, I hope I’m more the former than latter – and as a poet too. The virtues of openness, sensitivity, perceptiveness, matched with the effort to be precise and truthful (however obliquely that truth may have to be expressed) are the inspiring example I’d like to think I might set. This lines the poet up against the closedminded, the insensitive, the heads in the sand, but also against the clumsily expressive, the willfully obscure and the calculatingly misleading. The poet is always against the roughly hewn, the outdatedness, the blockishness of the pre-conceived. The true poet is always against the fundamentalist’s fixed position, the media’s sly persuasiveness, the politician’s deliberate lie.

Q8- Should we fight politics with poetry?

My previous answer suggests that’s exactly what we do. But for as long as I can remember, the poetry world has seemed to be consumed with an anxiety about its own (ir)relevance and often regards a surface topicality and ‘relevance’ as a strong recommendation. I’m not sure how much poetry needs to be dealing directly with the big issues of the day – too often we end up fighting fire with fire. Poets I enjoy will more often focus on the little things, but this is not despite the big political issues but because of them. It’s injustice, war, poverty, famine, disease that threatens to strip away the furniture of our daily lives – our pleasures and pains, our sense of place and identity – and the something that poetry is able to make happen in such circumstances is to re-focus us on those small, important things. In my previous collection Hurt (Enitharmon), I wrote a sequence of poems about Stalin who (I discovered) was a poet in his early years. It seemed to me his poems would prefer abstraction in language, that he’d be wholly unconcerned to notice the Frostian details, the inconvenient and recalcitrant outside and below. To that extent, I imagined him as poet as an impatient fantasist in pursuit of his own set of ideals: the equivalent in politics is a fascist, “seeing before him / the flick of a street blade”.

Q9- Who are you currently reading?

Usually one or more of the writers in the answer to the next question – but literally at the moment: Jacqueline Saphra’s interesting sequence about Lee Miller from Hercules Press, William Stafford’s Earth Poems, Fernando Pessoa’s The Book of Disquiet.

Q10- Whose writing do you always go back to? 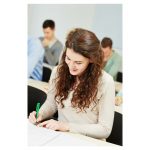 Get Stuck in With a Poetry Writing CourseEvents, Poetry 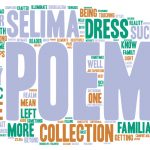 Getting to Know Selima HillPoetry