Using Sound in your Poems

If you ask someone to write a funny poem off the top of their head, they’re likely to come up with a couple of rhyming lines.  This is because rhyme sounds pleasing to the ear, and also because end-rhyme (where the words at the end of each line rhyme) gives a feeling of completion, a declaration.  The poet in question has used imagery (the amusing content of the poem) and sound (in this case, the rhyme) to create meaning and feeling.  How can we consistently use sound in our poems to create the effects we want?

There are a few techniques here you may or may not remember from school.  Alliteration is the repetition of words’ initial sounds, for example in “foul is fair and fair is foul” (MacBeth). This can be useful in creating atmosphere in a poem, as per the harsh consonants and juxtaposed images of Shakespeare’s line.  It can also be really helpful for drawing the reader in- alliteration can sound at first like a random jumble of similar sounds, so it makes the reader listen more closely, or read again, to be sure they’ve fully understood what you’re trying to say.

Onomatopoeia, everyone’s favourite English-class word (no?) is when you use words whose sounds are suggestive of their meanings, for example, sizzle or whack.  I would be careful with these, as they are great for effect now and then but can become grating if overused (“she whacked the sizzling pan on the hob with a thud…”)  As a side note, they can be really useful in children’s poetry, where the surprise of a well-chosen sound can induce laughter or excitement.

In terms of rhyme, it’s worth remembering that assonance (relatively similar sounds in neighbouring words, such as fade/ late) and internal rhyme (where you rhyme two words within a line of poetry) can be as effective as, if not more so than, end-rhyme.  This is partly because we like to hear what is unexpected- two similar-sounding words suddenly appearing beside each other makes our ears perk up.  I wrote the following lines for a poem a few months ago: “I’m tired-to-wired.  My mind is a beast/ burning to eat itself.  From down the line/ the voice is a quiet palm, raised in the air.”  The half-rhymes- “tired/ quiet” “beast/ eat”, are supposed to make you look back over the lines to work out where the familiarity of the sounds is coming from.

The best way to check whether the sounds in your poem are creating the effect you want, is to read them out loud.  You could even record it and play it back to yourself, to check that the poem sounds how you want.  Sound and imagery should complement each other to produce meaning, in the same way that the melody of a song can boost its lyrics.

Next time you write a poem, think about the sounds you are using, and how they contribute to the poem as a whole. 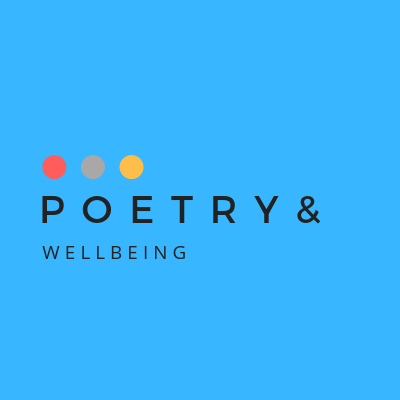 Poetry and Wellbeing an introductionPoetry
This site uses cookies: Find out more.