How humour works (and doesn’t work) in poetry

We often think of poetry as a ‘serious’ art form. Poems have a reputation for being dense, difficult to read and written about significant subjects – love, death, time, age. In other words, they are nothing to joke about.

But many great poems and poets – while serious about their craft – are deeply funny. Whether using satire, describing farcical scenes or creating nonsense words and playing with rhyme, there is a significant tradition of levity in poetry. Even Shakespeare made jokes in his poems. Think of the opening lines to his most famous poem, Sonnet 18:

Shall I compare thee to a summer’s day?

This has all the elements of a classic stand-up joke: the set-up (comparing his lover to a summer’s day, which is a cliché in sonnets) and then the punch-line, that he is actually much better. The poem continues with this irony, listing all the ways a summer’s day is actually a bit crap, and so the lover easily wins out. Shakespeare is being funny, but it doesn’t detract from the poem’s overall beauty or impact.

But when humour is handled poorly in poetry, it can backfire badly. Jokes can land badly and turn a poem into nothing more than a sloppy series of puns. Poems still need to display significant technical and linguistic mastery. So how can a writer navigate that line, and bring more humour into their work? Here, we go through a couple of the main strategies:

One of the main ways to approach writing a funny poem is to write about a scene or story that is inherently humorous. Take Nin Andrew’s poem ‘The Secret life of Barbie and Mr. Potato Head’, which creates a funny scene about a situation familiar to many parents. The opening lines read:

It began the year Jane received her first Barbie, and Dick was given

From the start, this sets up a funny situation about subject matter that many would say characterise as not being particularly serious – a girl undressing her dolls. Adding to the humour are the names – Barbie, Dick and Mr Potato Head all sound funny. Often words with hard plosive sounds are funnier than soft words, and Andrew has expertly utilised this to give the overall tone of the poem a sense of fun.

This is probably the most obvious, but difficult, ways to make poems funnier. It’s the idea that playing around with language – using unexpected rhymes, subverting familiar forms and even using nonsense words – will make the reader laugh. Lewis Carroll is probably the best known practitioner of absurd (almost nonsense) poems, and he uses surprising rhymes and rhythms to make the reader laugh, often at how silly some of it sounds.

In his poem, ‘The Walrus and the Carpenter’, the main characters are known only as Walrus and Carpenter and we follow their journey as they meet a group of Oysters – who they eventually eat. The closing stanza reveals the main punchline:

You’ve had a pleasant run!

Shall we be trotting home again?’

But answer came there none —

And this was scarcely odd, because

They’d eaten every one.

These kinds of poems remind us of how much fun poetry can be – something that can often be lost when we treat the practice of poetry writing too seriously.

If you are interested in learning how to apply these techniques, and other, to create your own funny poems, join us at look out for our online class ‘Writing Funny Poems’.

Using jokes, stuffed animals and other poems as inspiration we will explore what works in a funny poem and what doesn’t and how to capture that vital magical ingredient that makes for humour. 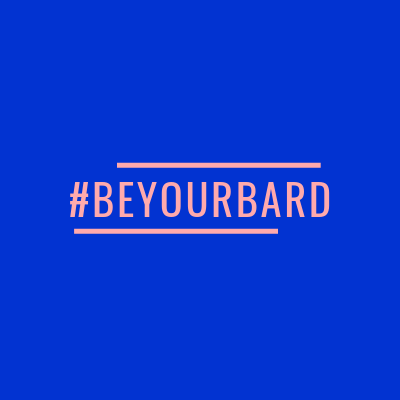